Meet Russia's 5 Weapons of War that Could Terrorize NATO 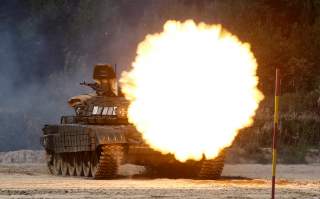 (This first appeared several years ago and is being reposted due to breaking events.)

It remains to be seen, however, how effectively NATO would fight against a determined, well-trained opponent with relatively modern technology. Recent events, like those in Ukraine and now Syria have, for the first time since the Cold War, raised the spectre of direct conflict with Russia. If diplomacy fails and politics push the alliance into war, these are the weapons NATO will need to worry about the most.

(This first appeared in 2014 and is being reposted, with light edits, due to breaking events).