Meet Russia's Anchar Class Submarine: Too Fast for Its Own Good 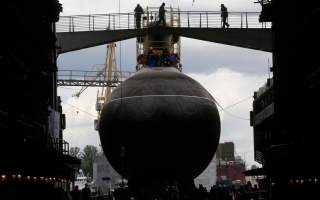 Key point: The submarine could attain impressive speeds, this is true. Yet, it would often break and was too easily found by its enemies.

This first appeared in July 2019 and being reposted due to reader interest.

Kyle Mizokami is a writer based in San Francisco who has appeared in The Diplomat, Foreign Policy, War is Boring and The Daily Beast. In 2009 he co-founded the defense and security blog Japan Security Watch. This first appeared in July 2019 and being reposted due to reader interest.