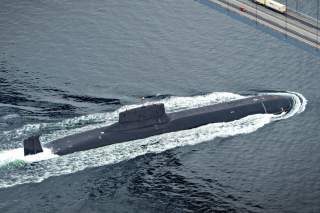 Key point: Moscow likes to make bold claims about its doomsday weapons. The Status-6 may sound terrifying but it may not actually be built.

According to the latest Nuclear Posture Review, Russia is developing a new nuclear torpedo/drone, the Status 6. While the torpedo offers some alarming new capabilities, it’s not the first such weapon that the Russians have worked on. More importantly, the Status 6 has some potentially fatal drawbacks that limit its practical effectiveness in a combat scenario.