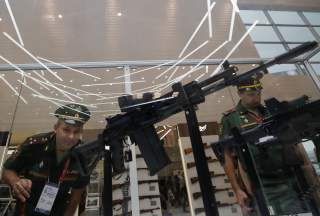 Image: Reuters. An AK-308 rifle is on display during the annual international military-technical forum "ARMY" in Moscow.