Meet Russia's T-90 Tank: It Blew Up All Over Syria 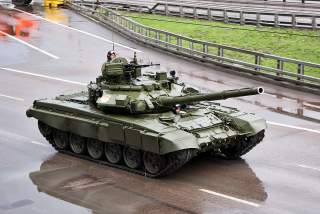