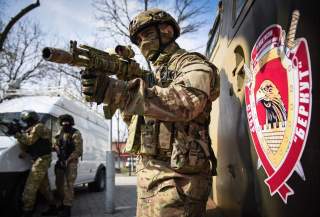 Key point: The SOBR teams have an important police role to play.

Charlie Gao studied political and computer science at Grinnell College and is a frequent commentator on defense and national-security issues. He would like to thank Michał Kizeweter for significant assistance with research. This first appeared in March 2018.