Meet the U.S. Army's 5 Next Super Weapons (Russia and China Should Worry) 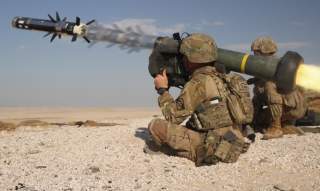