Meet Xi and Putin’s Hired Gun Inside the UN 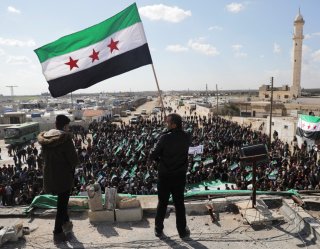 If your dictatorship is facing U.S. or EU sanctions—especially human rights sanctions—you can count on Alena Douhan to pay your country a visit, hold a press conference, and announce that Western governments are the real human rights violators. This month she was in Damascus. Previous trips have taken her to Tehran, Caracas, Harare, and Doha. But this is precisely what one should expect from a UN office funded by Moscow and Beijing.

Douhan is a professor of international law and director of the Peace Research Center at the Belarusian State University. Since March 2020, she has served as the UN Special Rapporteur on unilateral coercive measures, the technical way of saying sanctions imposed without the approval of the UN Security Council. She is one of fifty-five special rapporteurs, independent experts, and working groups the UN Human Rights Council has appointed to cover portfolios ranging from freedom of expression to human trafficking, privacy rights, and climate change.

In Damascus on November 10, Douhan thanked the government of Bashar al-Assad for its cooperation and listed the twenty-one cabinet ministers with whom she met to learn about the impact that U.S. and EU sanctions have on Syria. Douhan said she also met with a wide array of representatives from Syrian civil society, although she did not mention any by name. Despite the ongoing chaos in Syria, the Assad regime maintains a tight grip on non-governmental organizations, often via the Syria Trust for Development, run by First Lady Asma al-Assad. Douhan reported she held meetings in Damascus and Homs. If she did not venture further afield, to areas outside of the regime’s control, odds are she met with the regime’s hand-picked civil society representatives.

Douhan’s unusual view of the Syrian economy is that it began to recover in 2018 from the country’s ruinous war, “but the intensification of unilateral sanctions … eliminated all remaining avenues for economic recovery.” She singled out the sanctions Washington imposed pursuant to the Caesar Act as a cause of the subsequent downturn, during which the lira has lost 90 percent of its value and inflation hit triple digits. In contrast, Assad himself said the true cause of the economic crisis was the implosion of the Lebanese financial system in 2019, which locked up as much as $42 billion of Syrian deposits in Beirut’s insolvent banks. “The crisis began before the Caesar Act and years after long-imposed Western sanctions,” Assad observed, “It’s the money (in Lebanese banks) that has been lost.”

Neither probity nor candor is among Assad’s virtues, but his chronology is correct. Caesar sanctions did not go into effect until June 2020, whereas the lira began tumbling eight months earlier, only weeks after Lebanese banks shut their doors.

Many of the UN’s special rapporteurs rely on voluntary contributions from member states to supplement their budgets. Last year, Douhan’s office received $200,000 from China, $150,000 from Russia, and $25,000 from Qatar, according to the UN High Commissioner for Human Rights’ annual report. In 2020, the year Douhan took office, Beijing gave $160,000 and Moscow $115,000. This represented an unusual and sudden increase—Russia had consistently given $50,000 in the years prior to Douhan’s appointment, while China had not donated. Now, her office receives more voluntary funding than the offices of all but one of the other rapporteurs.

Beijing’s investment appears to be paying off. In September 2021, the Chinese mission in Geneva hosted an online event entitled “Xinjiang is a Beautiful Land,” where officials from the region spoke about their efforts to promote education and economic growth. The first foreign speaker at the event was Douhan, who lamented the negative humanitarian impact of unilateral sanctions while uttering not a word about human rights violations in Xinjiang. Douhan contended that “99 percent” of the unilateral sanctions amount to violations of international law, an estimate she reiterated this year on Chinese state television.

UN Watch, an NGO that monitors anti-Semitism and the problematic influence of dictatorships at the UN, called on Douhan to return the $200,000 from Beijing. Its executive director, Hillel Neuer, said Douhan is “in breach of the UN’s most fundamental ethical principles.”

To date, the Human Rights Council has never ousted one of its rapporteurs. It has the power to do so by majority vote, yet even after Russia’s expulsion from the council in October, authoritarian governments remain well-represented. Their ranks include China, Cuba, Eritrea, Gabon, Kazakhstan, Qatar, the United Arab Emirates, Uzbekistan, and Venezuela. Last month, in one of the most visible setbacks for democratic nations on the council, it voted nineteen to seventeen, with eleven abstentions against holding a debate about human rights in Xinjiang.

This situation is likely to endure for as long as the General Assembly votes by secret ballot to elect the members of the council. Spared an open vote, no government must admit that it voted for China, Cuba, or another dictatorship. Last month, Sudan won a three-year term on the council with votes from 157 out of 193 UN member states. Vietnam claimed a seat with 145 votes, edging out South Korea with 123. Venezuela only received 88 votes in its re-election bid, an indication that the system does reject some of the worst candidates (as it did Saudi Arabia two years ago).

Whereas the Trump administration walked out of the Human Rights Council after concluding it was a lost cause, the Biden administration brought America back in. The “best way to improve the Council, so it can achieve its potential, is through robust and principled U.S. leadership,” said Secretary of State Antony Blinken.

The Xinjiang resolution did not fail for lack of effort on the administration’s part. A senior official told the Washington Post a week ahead of the vote, “We are going to engage on a full-court press.” The official added that winning the showdown with China was very much “achievable.”

With the war in Ukraine still raging, North Korea launching a record number of ballistic missiles, mass demonstrations convulsing the streets in Iran, and rising tensions in the Taiwan Strait, it is hard to see the Biden administration prioritizing reforms at the Human Rights Council. Then again, world events are unlikely ever to slow down enough to make rewiring the UN human rights body seem like the top issue on the U.S. foreign policy agenda. At some point, if the administration is serious about reform via engagement, it will have to launch a much more ambitious campaign, with the president and secretary of state becoming personally involved. Otherwise, its engagement will only serve to shore up the credibility of a failing institution.