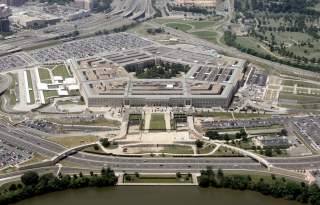 The Pentagon is no longer topless. On Tuesday, the Senate voted to confirm Mark Esper as the United States' first permanent defense secretary in more than seven months.

Esper is expected to be sworn in as defense secretary later on Tuesday, Pentagon spokesman Jonathan Hoffman told reporters.

"We are grateful for the Senate leadership and the Senate Armed Services Committee's willingness to quickly move through this process," Hoffman said.

Tuesday's vote confirming Esper marks the end of uncertainty about who will lead the Pentagon since former Defense Secretary James Mattis resigned in December to protest President Donald Trump's announcement to withdraw all U.S. troops from Syria, leaving U.S. Kurdish allies at the mercy of the Turks. The president subsequently reversed his decision.

Due to the Federal Vacancies Reform Act, Esper reverted back to Army secretary on July 15 when the Senate received his nomination to lead the Pentagon. Navy Secretary Richard Spencer has been serving as acting defense secretary since then.