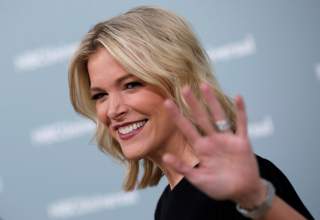 Kelly’s first television interview in a year and first time on Fox News in over two years made “Tucker Carlson Tonight” the most-watched show on cable, Nielsen Media Research found. Kelly left Fox for NBC News in 2017, and left that network in January after she made comments about blackface and Halloween.

She apologized for the comments and her NBC show was cancelled.

The former host had a lengthy interview with Carlson Wednesday and went after NBC News, her former employer, over accusations that the network tried to cover up sexual misconduct allegations against former host Matt Lauer.

“There needs to be an outside investigation into this company,” Kelly said during the interview. “They investigated themselves. That doesn’t work. This is how it’s done. You get somebody on the outside who can be trusted.”

“They haven’t gotten specific about what monies were paid out to home. Show us the money. The number one thing that needs to happen now is they need to release any and all Matt Lauer accusers from their confidentiality agreements.”

NBC will not being opening a new investigation into accusations against Lauer even after investigative journalist Ronan Farrow published a book released Tuesday titled “Catch and Kill: Lies, Spies and a Conspiracy to Protect Predators.”

Farrow accused the network of trying to shut down his 2017 report about sexual misconduct allegations against now-disgraced movie mogul Harvey Weinstein. The article was published in The New Yorker Oct. 10, 2017, and the book includes a more extensive investigation into NBC News.

“There is no additional investigation being launched. We are very confident in the report that was conducted,” NBC spokeswoman Hilary Smith said, according to The Hollywood Reporter. “We fired Matt Lauer within 24 hours of learning what he did, and promptly launched a corporate investigation.”

“Based on our investigative findings, we have swiftly taken appropriate actions to address the situation and improve workplace culture. It is also worth noting that this was a corporate investigation that was conducted by an almost entirely female team, none of whom are part of the News division.”

Kelly also hit back at the media during her interview with Carlson, noting the increased acceptability of bias since President Donald Trump took office in 2016.

“It was sort of passive and now it’s active,” she explained. “Now it’s, ‘Let’s work. He’s too bad. We have to work together. We’ll be judged. History will judge as whether we were for or against this man [Trump].'”