This Might Be the U.S. Air Force's Next Big Problem 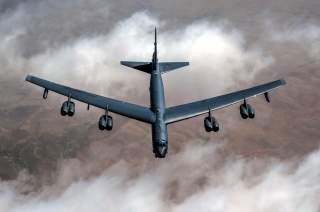 The ongoing shortfall could jeopardize the flying branch's efforts to the readiness of its fighter fleet to 80 percent in order to prepare for high-intensity warfare. A dearth of spare parts and a shortage of pilots exacerbate the maintainer shortfall.

The overall maintenance gap in 2019 is bad, the GAO explained. But it actually was worse in previous years.

The overall numbers belie the seriousness of the shortage. Highly-experienced maintenance personnel are in shorter supply than are less-experienced maintainers. And that can have a knock-on effect on readiness, according to the GAO.

"In seven of the last eight fiscal years, the Air Force had staffing gaps of experienced maintainers—those who are most qualified to meet mission needs and are needed to train new maintainers."

"Following years of on-the-job training, among other things, maintainers upgrade to the five- and seven-levels. In fiscal year 2017, the Air Force had gaps of more than 2,000 five-level and 400 seven-level maintainers and a surplus of over 1,700 three-levels. Air Force officials anticipate that staffing gaps will continue off and on through fiscal year 2023."

That's because experienced maintainers have been leaving the Air Force at a rate higher than the service can replace them.

An attempt to throw money at the problem hasn't worked as the Air Force hoped it would -- and now the flying branch is running out of options. "While the Air Force has increased its use of retention bonuses since fiscal year 2015, according to Air Force officials, it does not have a strategy to improve retention."

A lack of maintainers could make it more difficult for the flying branch to boost the readiness of its fighter fleet to 80 percent, as James Mattis, then the U.S. defense secretary, ordered in September 2018.

In a memo to the secretaries of the Army, Air Force and Navy and other top officials, Mattis cited "shortfalls in aviation squadrons across the force" that have led to "systemic underperformance, overcapitalization and unrealized capacity."

He demanded the armed services achieve an 80-percent mission-capability rate for the F-16, F/A-18, F-22 and F-35 within a year. Eighty-percent readiness is "a number well above the mission capability rates those aircraft now achieve," Defense News noted.

"Considering that F-16s had mission-capable rates of 70 percent or less in 2017, and F-22s and F-35s were at 49 percent and 55 percent, respectively," boosting readiness to 80 percent "is going to take some doing," Air Force Times reported.

"Experts agree the Air Force needs to do better on its fighter-jet maintenance. But even retired generalHawk Carlisle, former head of Air Combat Command, called it 'a stretch goal – as an understatement.'"

Wilson said the Air Force was improving its flow of spare parts -- and would better track the life cycles of parts, as well as making greater use of 3D printing to make replacement parts, Air Force Times reported.