Migrant Farmworkers: Could Coronavirus Threaten the People Who Feed Us? 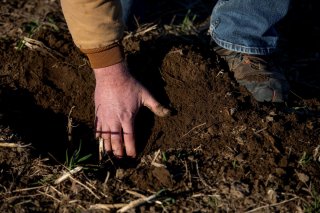 When Canada closed its borders to visitors, growers lobbied for migrant workers to be excluded from the restrictions. The Canadian government agreed and demanded that the newly arrived workers be placed in a 14-day mandatory quarantine.

Forced to share their living quarters with many other workers, the migrants will be hard-pressed to maintain the social distance required to contain the spread of COVID-19. Canadian growers argue that without migrant workers imported from Mexico, Jamaica and many other world countries, Canadians would not have enough food to eat.

But can we adequately protect these essential workers? And will the pandemic enhance other problems migrant workers experience such as xenophobia, social isolation and the resulting mental health issues?

Ontario hires 14,000 temporary migrants to work in the agricultural sector each season. In southwestern Ontario, Leamington and the neighbouring municipality Kingsville have received an annual intake of 5,000 to 6,000 workers, the vast majority of whom are from Mexico.

The growth in the migrant worker population in this area has been triggered by the rapidly growing $1-billion greenhouse industry. With 2,000 acres under glass or plastic, this region represents the largest concentration of greenhouses in North America, according to the municipality of Leamington.

While essential for this booming industry, migrant workers are left unprotected from the spread of COVID-19 and its social and emotional spin-offs. Their housing conditions constitute the greatest threat to these workers.

For the past two years, we’ve been speaking to migrant farm workers and community members in southwestern Ontario about social integration. Housing conditions were one of the topics we discussed. In 2017, Leamington’s 243 field and greenhouse parcels required on- or off-site accommodation for migrant farm workers.

Many off-site houses have been illegally converted to boarding houses for migrants. Safety of these houses has been a concern for the municipality.

A Jamaican worker interviewed in our study describes his living conditions: “Eight guys living in one house, four guys per bedroom, just one washroom and one stove.” Of the housing on the farm, a Guatemalan worker said: “The problem is that we are many people living in a single house. At this moment there are 60…. In the rooms with bunk beds.”

Migration researchers Díaz Mendiburo and McLaughlin found seven housing-related problems that affect migrants’ physical and mental health, with over-crowding being prominent among them.

With extraordinary prescience, a public health worker from Windsor, Ont., interviewed in our study commented on the potential for spreading of infectious diseases in migrant houses:

“If you’re going to put a whole bunch of people living together, sharing a bathroom and sharing a kitchen, infectious, you’re just increasing the risk of infection to spread.”

She then went on to say those who contract infectious diseases are shunned by their co-workers and the isolation may trigger depression.

The mental health decline among migrant workers is likely to be exacerbated by the fear of contracting or spreading COVID-19.

As we learned from our research, Leamington promotes cultural diversity but ambivalence, tensions and racism persist. Migrant workers have little time in the day and week to meet their own basic needs, including shopping for food, a task that has generated considerable anxieties.

Even before the pandemic, migrants felt excluded. According to one migrant worker: “People look at you differently. You are stereotyped…. Everyone always judges you.” Says another: “Sometimes you walk into a supermarket and some people feel uncomfortable.” This feeling of being hyper-visible and yet invisible was echoed by one health care worker, “somehow with farm workers and migrant farm workers, they just don’t exist. And they know that.”

There is also a danger that the perception of and attitudes towards migrant workers by the wider community will change for the worse. Cast as workers and not citizens, migrant workers already experience mental health struggles that are, according to health care workers, “situational.”

Similarly, a study of migrant workers in British Columbia found that a sense of unworthiness, loneliness and social isolation engenders depression and anxiety. Depression and anxiety are likely to intensify given the restrictions the pandemic response demands.

Migrant workers produce, harvest, slaughter and process the food we eat. As countries close their borders to non-citizens, the value of migrant labour to food production becomes clear.

The United Kingdom even called for a “land army” — evoking the Second World War — of domestic workers to replace the 60,000 seasonal workers it relies on yearly. Meanwhile, the United States, which relies on some 250,000 seasonal workers, has halted its visa program. Local agencies there also say that social distancing, health care and risk of coronavirus transmission will be threatened by cramped housing and limited community supports.

Canadians are able to do things like eat, bathe and isolate without fear of deportation. And just like Canadian citizens, migrant workers need ongoing education in social distancing, illness and mental wellness in these difficult times. They all need open access to the internet and information in their own languages to keep abreast of their family’s welfare and to inform themselves in what is an evolving crisis. Their housing arrangements also need to be rethought.

This article by Tanya Basok and Glynis George first appeared in The Conversation on April 4, 2020.