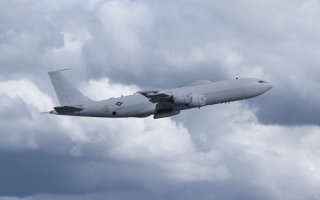 Key Point: The Mercury’s abundant communications gear allows it to perform nonnuclear Command, Control and Communications (C3) operations as well. For this reason, E-6s have at times been deployed to Europe and the Middle East to serve as flying C3 hubs.

This first appeared in December 2017. It is being republished due to reader interest.