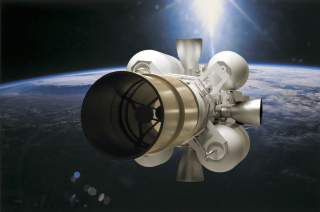 In a move that should surprise no one, the U.S. Defense Department has ended its faltering effort to develop a new “kill vehicle” -- a kind of non-explosive warhead -- for its most powerful missile-defense system.

The Pentagon has canceled, effective Aug. 22, 2019, its contract with Boeing to develop the Redesigned Kill Vehicle.

The cancelation underscores just how difficult it is to design a kill vehicle that works at extremely high altitudes against fast-moving targets. The RKV, and the trouble-prone Exoatmospheric Kill Vehicle that it was meant to replace, are supposed to strike incoming long-range rockets while the rockets are arcing above Earth’s atmosphere at 20 times the speed of sound.

The RKV would have replaced the current kill vehicle on the Ground-Based Interceptor rockets that the U.S. Army has deployed in California and Alaska. The GBIs represent America’s only defense against the most powerful, intercontinental-range missiles.

The EKV, which has proved unreliable in tests, arms the 44 GBIs currently in the force. The new RKV, which incorporates technology from the U.S. Navy’s SM-3 missile, would have replaced the EKV on the existing rockets while also arming 20 additional GBIs that the Army is acquiring.

The U.S. Missile Defense Agency asked for $400 million to work on the RKV in 2019. The goal at the time was to deploy the new warhead starting in 2023. A few months later, however, the agency realized it had a problem.

In May 2019 the MDA ordered Boeing to pause work on the RKV. “We did not believe as a government team that we were ready to take that step into that critical design review,” Rear Adm. Jon Hill, the MDA deputy director, said during a March 2019 Pentagon briefing. “And so, through coordination in the department, all the way up to the undersecretary for research and engineering, we determined that the best thing to do was to go back and assess that design and take the time to do it right.”

“The program accepted too much risk and has since experienced development challenges,” the Government Accountability Office explained in a June 2019 report.

In response to advancements in the North Korean missile threat, MDA accelerated RKV development by concurrently performing development and production and reducing the number of necessary flight tests to produce and field new RKV-equipped interceptors.

Moreover, the RKV had already experienced development delays prior to the acceleration and was operating with no schedule margin for any further delays as it approached a critical design review in October 2018.

The program subsequently encountered design, systems engineering, quality assurance and manufacturing issues, which resulted in the program postponing the critical design review. The most significant development issue that emerged in 2018 pertained to RKV’s performance and its planned use of commercial off-the-shelf hardware and re-use of Aegis SM-3 Block IIA components.

The GAO, which in the same June 2019 report blasted the Pentagon for failing to conduct realistic testing of its missile defenses, claimed it could see the RKV’s problems coming.

“In multiple previous reports, we raised concerns regarding MDA’s use of these components as well as RKV’s aggressive development schedule. In our May 2017 report, we also recommended that [the Department of Defense] perform a comprehensive review of the RKV. Although such a review could have potentially provided DOD with a better understanding of RKV’s technical and schedule risks, DOD indicated in its response that the comprehensive review we recommended was unnecessary and therefore did not perform the review.”

The GAO criticized the MDA for initially trying to adhere to arbitrary deadlines, but praised the agency for ultimately accepting that technology maturity, not the calendar, should dictate how fast the military fields new missile defenses.

“Our prior work has shown that stabilizing system design before making major production commitments and relying on knowledge rather than deadlines to make acquisition decisions at key milestones are best practices of successful product developers.”

The Pentagon plans to launch a new competition to build a kill vehicle for the GBI interceptors. In the meantime, the rockets will carry the unreliable EKV.