Missile Mayhem: China Has Given Its J-20 Stealth Fighter a New Long-Range Weapon 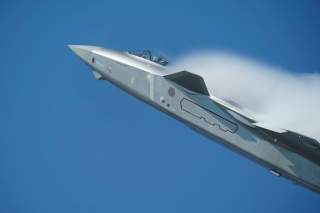 Key point: Beijing wants its military to be able to compete with Washington's. In order to accomplish this, China has built a new long-range missile for its J-20.

Mark Episkopos is a research assistant at the Center for the National Interest. This article originally appeared in 2018.