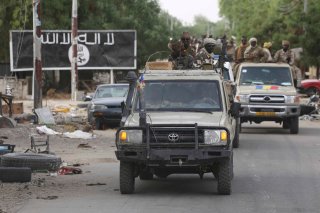 The ruling military junta of Chad signed a peace agreement with more than forty anti-government rebel groups in Doha, Qatar on Monday, in a development expected to curtail fighting in the Central African country and allow for a national reconciliation dialogue to take place, according to Reuters.

However, the Front for Change and Concord in Chad (FACT), Chad’s largest rebel group, refused to sign the deal, as did four other groups that participated in the negotiations. In refusing the deal, FACT committed to continuing its campaign against the government of Mahamat Idriss Deby, the leader of the military junta and the son of his predecessor in office, President Idriss Deby.

According to the final agreement, the rebel groups that participated in the signing agreed to suspend their armed uprisings. Talks to restore a civilian government and hold future elections will begin in N’Djamena, Chad’s capital, on Saturday, August 20.

The agreement comes after a five-month negotiation process in the Qatari capital, during which the rebels claimed that the military junta viewed the proceedings as a delaying tactic rather than an earnest attempt at peace and threatened to walk out. Although FACT participated in the negotiations, its leader, Mahamat Mahdi Ali, refused to travel to Doha, and the group ultimately “reject[ed] the accord that will be put to signatories on Monday” and demanded the creation of a new organizing committee for the peace talks, according to a FACT statement.

FACT spokesmen emphasized that they were not opposed to further diplomacy, adding in the statement that the group “remain[ed] available for dialogue anywhere and anytime.” However, they insisted that the group would not approve any agreement if it did not include a guarantee that Deby would not stand in a future election.

FACT is thought to number only around 1,500 fighters, but the group has played an outsized role in recent events in Chad. In April 2021, the group launched an offensive toward N’Djamena. In the ensuing battle, the elder Deby, who had personally led his troops out to fight them, was killed in action, prompting the younger Deby to subvert the Chadian constitution and seize power in an incident widely characterized abroad as a military coup.

Although the younger Deby initially promised that his government would hold elections within eighteen months, he later extended the deadline another eighteen months, potentially postponing elections until April 2024. However, Deby’s government has faced pressure from foreign nations—most notably France, which has attempted to maintain an active diplomatic and military presence in its former colonies in North Africa—to return the date closer to the original deadline.

In spite of FACT’s refusal to participate in the upcoming N’Djamena talks, around 1,300 representatives from the participating rebel groups, as well as Chadian political parties and civil society institutions, are expected to attend.