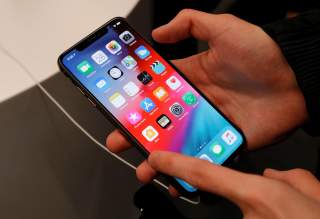 More than 50 global companies including Apple, Nintendo and Dell are rushing to pull production out of China amid the country’s trade war with the United States.

U.S., Japanese, Taiwanese and even Chinese manufacturers are moving out of the country in fear of a prolonged trade conflict, including those who make personal computers, smartphones and other electronics, Nikkei Asian Review reported Thursday.

“We need permanent measures to avoid the risk of tariffs and be eligible for U.S. government procurement,” Kiyofumi Kakudo, CEO of computer maker Dynabook —which makes almost all of its notebook PCs in China — told Nikkei.

“Although the fourth round of U.S. tariffs has been temporarily shelved, we cannot tell what will happen nor when,” Kakudo continued.

Apple is considering moving 15% to 30% of its iPhone production out of the country and will begin trial production of its AirPods to Vietnam. Nintendo also plans to move a portion of its game system production into Vietnam.

Other foreign companies are using the shift into Vietnam as an opportunity to move to China at a more affordable price. In June, China began alleviating restrictions on foreign investment in fields such as oil and gas, among several others.

Tesla is moving its newest plant to Shanghai and will start hiring as soon as next month.

“Tesla may be able to ramp China production faster than we have currently anticipated in our model,” Morgan Stanley analyst Adam Jonas said in a Wednesday statement, according to Business Insider.

“We have allowed for a greater level of execution risk in our assumptions, given the complexity of bringing an all-new plant with all new workers and many new suppliers on line within the Chinese market,” the statement continued.

Hong-Kong-based supply chain manager Li & Fung Ltd. said American retailers are trying to move quickly out of Chinese factories and into Vietnam to save money amid China’s trade war with the U.S., Bloomberg reported July 10.

President Donald Trump touted the effects of his tariffs on China’s slowing GDP growth, which reached its lowest point in 27 years on July 15.

“China’s [second] Quarter growth is the slowest it has been in more than 27 years. The United States Tariffs are having a major effect on companies wanting to leave China for non-tariffed countries. Thousands of companies are leaving,” Trump tweeted in part:

"China’s 2nd Quarter growth is the slowest it has been in more than 27 years. The United States Tariffs are having a major effect on companies wanting to leave China for non-tariffed countries. Thousands of companies are leaving. This is why China wants to make a deal...."

Trump increased tariffs on $250 billion of Chinese goods in May in an attempt to halt Beijing’s plans give Chinese competitors an advantage in the creation of robots, electric cars and AI. Beijing then taxed $110 billion in U.S. goods, according to CNBC.