Mortal Enemy? How Does the People's Liberation Army View the United States? 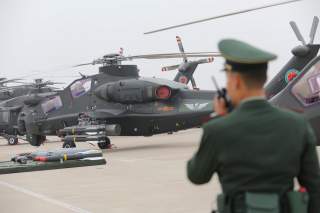 This first appeared on the Project 2049 website here. This piece was first featured in April 2018 and is being republished due to reader's interest.

[3] Cao Zhengrong, Wu Runbo, and Sun Jianjun (eds.), Informatized Joint Operations [信息化联合作战] (Beijing: Liberation Army Press, 2008), p. 236. Note this is from the second edition of the book. It was first written and published in 2006.

[10] Ibid. p. 369-370. Note that similar anti-American terminology is seen across the spectrum of internal PLA books and field manuals, including authoritative works on topics as diverse as army operations, space warfare, and military medicine.