Mortgage Servicers Could Be Coronavirus' Next Victim 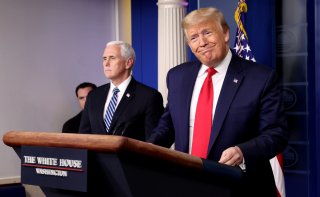 While it appears the combination of ample liquidity injections by the Fed and soft loans guaranteed by the Small Business Administration has managed to ease concerns of a looming and massive cash crunch across the economy, there is at least one group of financial firms that has yet to see any respite: mortgage servicers. These are the companies that collect mortgage payments and pass them on to the investors who hold mortgage‐​backed securities (MBS). For that service, they collect a fee.

But now that officials have declared a moratorium on mortgage payments for all distressed borrowers, mortgage servicers are in trouble. By contract with the main guarantors of MBS—Fannie Mae, Freddie Mac, and Ginnie Mae (all government‐​run)— they are supposed to continue paying investors even if borrowers become delinquent. Fannie & Co. ultimately make up for those payments, but there is a lag between nonpayment and reimbursement, which servicers must manage.

In ordinary circumstances, mortgage servicers usually have a capital cushion sufficient to handle the gap between borrower delinquency and reimbursement by the guarantor. But the government‐​mandated nature of the COVID-19 lockdown and the broad coverage of the moratorium mean that millions of borrowers are expected to go delinquent at once, for a period of as‐​yet‐​unknown length. Owing to this large and unforeseen event, mortgage servicers have warned that they will soon find themselves defaulting on their contracts unless the guarantors come to their rescue.

While I have little doubt that servicers will eventually benefit from some form of taxpayer‐​backed liquidity facility, the unfolding cash crunch is yet another instance of the ‘waterbed effect’ of regulation, whereby risky activity that regulatory interventions seek to discourage in one part of the market tends to re‐​appear in other parts that are exempt from such regulation. What’s more, the new hubs of the risky activity sometimes have other vulnerabilities that can set the stage for a worse crisis than the one regulators sought to avoid. I fear that may be happening now with mortgage servicing.

In 2013, banking regulators enacted strict capital requirements for mortgage servicing assets (MSAs) that have since discouraged banks from holding them. A rule issued last year eases MSA requirements for domestically focused banks under $250 billion, but the changes only kicked in last week and they cover at most 48.4 percent of U.S. banks by assets. (I say “at most” because some banks under $250 billion have more substantial foreign activities that disqualify them from the new rule.) Besides, many of these smaller banks are no longer involved in mortgage servicing and have no immediate plans to return to that line of business.

The original MSA capital rule hastened a shift of mortgage market activity (both origination and servicing) from banks to nonbanks after the 2008 financial crisis. Post‐​crisis litigation and Dodd‐​Frank regulations chased many banks away, while exemptions from general underwriting rules for mortgages purchased by Fannie and Freddie made it easier for nonbanks (which do not keep any of the mortgages they originate) to cater to their businesses. Regulation appears to be the most important, but not the sole, driver of the rise of nonbanks, which also tend to have superior technology that enables them to market, originate, and service mortgages more cheaply than most banks.

Nonbank mortgage servicers face no federal prudential requirements. And although they must meet conditions set by guarantors they wish to work with, these are typically less onerous than the ones regulators place on banks. Bankers complain that this differential treatment gives nonbanks a competitive edge. Nonbanks counter that this treatment is reasonable, since unlike the largest U.S. banks, they do not pose a systemic risk owing to their smaller balance sheets and the short period of time for which they hold mortgages. Moreover, nonbanks largely get their funding from banks, which themselves have access to emergency lending through the Fed’s discount window, and cheap funding thanks to FDIC insurance and the Federal Home Loan Bank system. In a somewhat circuitous way, therefore, nonbanks have (and pay for) access to the federal safety net.

But nonbanks also have distinct characteristics that make them less robust in times of stress. Whereas mortgage servicing has always been a small part of banks’ balance sheets—even when they dominated the market—many nonbanks specialize in this business. This lack of diversification makes them more vulnerable to a servicing cash crunch. And while nonbanks may claim their reliance on short‐​term bank funding as a virtue, such funding is also less stable than the insured deposit funding banks enjoy. Should banks turn off the tap, nonbanks will quickly find themselves in trouble. Nor could banks be accused of imprudent behavior if they did so, since mortgage servicing has suddenly become a very risky undertaking.

Many may be tempted to conclude that nonbank servicers’ current travails show that they should be subject to tighter capital and liquidity requirements. But while there may well be good arguments in favor of such a policy, today’s highly unusual circumstances form a doubtful foundation on which to base new rules, which could end up making mortgage credit unnecessarily expensive for many borrowers.

But the experience should prompt banking regulators to reevaluate their MSA capital rule. Mortgage servicing assets are a small share of the balance sheets of most banks, large and small. Indeed, they have dropped from over 10 percent of aggregate core bank capital before the 2008 crisis, to around 3 percent today. Allowing banks to take up a bigger share of mortgage servicing can therefore make the system safer, without increasing the cost of credit or exposing taxpayers to losses. The best way to keep a bulging waterbed from bursting is not to step on the bulge, but to take some weight off.

This article is being republished from the Cato Institute.