The Most Popular Streaming Movies This Spring Were from HBO Max 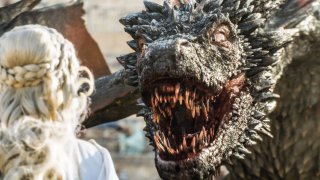 The top streaming services compete with each other in numerous ways, from trying to grow their subscription numbers the fastest to bidding against each other for talent and titles to trying to win awards to being the most profitable. Lately, new measurements have begun to emerge to capture something that’s been elusive up until now: an accurate accounting of who’s watching the shows and movies.

One of the firms that does that, Reelgood, this week released a report of which streaming movies were the most viewed, on their opening weekends, in the second quarter of 2021. And the winning titles come not from Netflix or Disney+, but from another competitor: HBO Max.

Reelgood found that in the spring of this year, the top two opening weekends for movies on streaming services belonged to a pair of HBO Max movies that came out in April: Mortal Kombat and Godzilla vs. Kong. They were followed by a pair of Netflix titles, Army of the Dead and The Woman in the Window, while the number five movie was another showcased by HBO Max, The Conjuring: The Devil Made Me Do It.

Luca, an original Pixar movie that debuted directly on Disney+ on June 18, was sixth, followed by the Netflix sci-fi movie Stowaway. Another HBO Max film, Those Who Wish Me Dead, was eight, with Netflix’s Liam Neeson action movie The Ice Road and Melissa McCarthy superhero comedy Thunder Force rounding out the top ten.

Reelgood, the firm said, “analyzed data for all of the films that premiered in Q2 2021 (from April 1 to June 25) and ranked the top 10 titles that had the biggest opening weekend shares of streaming and engagement among its 2M monthly users in the United States.”

Mortal Kombat, the martial arts film that rebooted the 1990s video game franchise, had 8.9 percent of the audience share, while Godzilla vs. Kong had 8.1 percent. No other title had more than 7 percent.

The HBO Max movies that made the top ten are all part of the streaming service’s controversial strategy of releasing its entire 2021 Warner Brothers movie slate on HBO Max at the same time that the movies come out in theaters.

Parent company AT&T has since agreed to spin off its content assets to a new company combining them with Discovery, but the Reelgood report indicates that the day-and-date strategy has worked in delivering eyeballs to those films on HBO Max. That move came after AT&T agreed to spin off DirecTV into a standalone company, although AT&T will retain an ownership stake in the new company.

It continues an era of mixed news for HBO Max, which recently marked the first anniversary of its initial launch. The tech price reported in early June that the HBO Max app, especially on Apple TV, had been all but non-functional for days, leaving users unable to rewind or fast forward, until Apple returned to a previous version of the app. And in a more amusing episode that quickly became a meme, someone with HBO Max mistakenly sent an email with the subject “Integration Test Email #1” to seemingly every subscriber to the service.

“We mistakenly sent out an empty test email to a portion of our HBO Max mailing list this evening. We apologize for the inconvenience, and as the jokes pile in, yes, it was the intern. No, really. And we’re helping them through it,” HBO Max’s Help account tweeted that night.

Meanwhile, the Reelgood report makes clear that those movies being available in theaters haven’t kept viewers from watching HBO Max. It’s also notable that In the Heights, a movie released in June as part of the day-and-date strategy, did not make Reelgood’s top ten list. There have been reports that that musical underperformed both in streaming and at the box office.

Other films being released this year as part of the HBO Max day-and-date strategy include the upcoming Space Jam: Legacy with LeBron James, the superhero movie The Suicide Squad, the fourth Matrix movie, Reminiscent, the Dune remake with Timothee Chalamet, and The Many Saints of Newark, the Sopranos prequel series that’s set in the 1960s.

Nielsen releases its own ratings of the most popular movies, but it uses a different methodology, covers a different time period, and does not include figures from HBO Max.

The original movies ratings released for the last week of May are dominated by Netflix, with that streaming service offering the top five movies—Army of the Dead, Home, Blue Miracle, The Mitchells vs. The Machines, and Dog Gone Trouble. Two Disney+ movies, the new Cruella and the older Moana, are sixth and seventh on the list.

Earlier this year, Reelgood had put out a report looking at how the different streaming services performed in the fourth quarter of 2020. That report found that Netflix had 22 percent of the “streaming activity” in that quarter, down from 25 percent the year before, as competition intensified.

“As people around the world continue to deal with the ongoing pandemic and all of its implications, streaming remains one of the few industries that continue to flourish and thrive,” Reelgood said in that fourth quarter report. “In this report, new data from Reelgood’s VOD Viewing Insights product shows how consumers in the United States responded to unprecedented growth in the number of streaming services out in the market and the rise of PVOD in Q4 2020.”