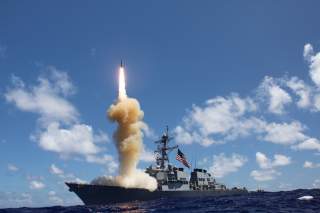 Key point: The SM-6 may be the most versatile missile yet.