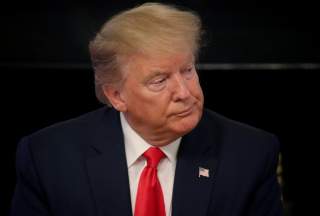 MSNBC host Donny Deutsch said Democrats have to remove “this criminal President,” and they are not going to “play fair” to put President Donald Trump in jail.

Deutsch went on MSNBC‘s “Morning Joe” Friday to talk about what he thinks Democrats should do in order to beat Trump in the 2020 election and ultimately send him to jail. Co-host Joe Scarborough gave Republican Majority Leader Mitch McConnell, of Kentucky, the nickname “Moscow Mitch” during the segment.

The MSNBC host said Democrats are “at war” with Trump.

“What you said in a couple of minutes yesterday to me is the most important thing that’s ever been said on this show – on any show on this air. We are at war,” Deutsch said. “It is time for the Democrats to wake up … We may not have won the battle of impeachment, but we’re going to win the war of putting him in jail. Whatever we have to do. And we’re not going to necessarily play fair…”

“We are playing against cheaters and liars or stealers, and with all due respect to Michelle Obama, when they go low … we’ve got to do whatever we have to do,” he added.

Deutsch also gave Democrats some advice on how they should refer to Trump. “Playing fair” is when you “call him President Trump,” Deutsch noted. However, since he suggested that Democrats not play fair, Deutsch stated that Trump should be called “criminal Trump.”

“The one tool we have to use that the Democrats never use is fear … We cannot lose the next election. We will go back 50 years … We cannot bring a knife fight to a bazooka gunfight.”

Deutsch said in June that he is not sure in his “heart of hearts” if a Democrat can beat Trump in the 2020 election, The Hill reported.