NATO’s Nordic Expansion Will Shake Up the Arctic 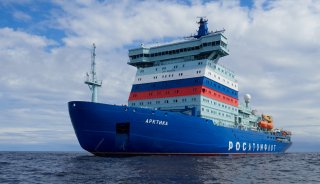 On May 12, Finnish leaders announced their intention to “apply for NATO membership without delay.” Foreign Minister Pekka Haavisto cited Russia’s invasion of Ukraine as the tipping point, arguing that Moscow “has altered the European and Finnish security environment." Sweden is expected to join its Nordic neighbor as a prospective NATO member state in the coming weeks. NATO candidacy marks a significant departure from Sweden and Finland’s longstanding foreign policies, which have historically maintained a neutral position to balance between the Western bloc and neighboring Russia. Global outrage over the Russo-Ukrainian War, however, has driven record high levels of domestic support for NATO in both Sweden and Finland, as well as enthusiasm from the international community.

NATO chief Jens Stoltenberg has promised an expedited review of Sweden and Finland’s candidacy, with membership for the two states possibly being approved as early as June 29. There are a number of strategic factors that make Sweden and Finland an easy “yes” for NATO: both countries already spend close to 2 percent of GDP on defense and have participated in exercises organized by NATO. But the structural concerns of a rogue Russia have thus far dominated the narrative of Nordic NATO expansion. The addition of two new member states would not directly impact the conflict, since Stoltenberg has echoed American and European leaders in promising that NATO will not send troops to Ukraine. The narrative of the Nordic states’ turn toward the West, however, is one with strong signaling value. U.S. president Joe Biden has already touted Sweden and Finland’s ascent to NATO as a direct consequence of Russian miscalculation in Ukraine.

Sweden and Finland joining NATO may weaken Moscow’s position in Europe by bringing the alliance closer to Russia’s borders. But NATO expansion in the Nordic region will also have long-term security consequences beyond the immediate effects of Russian actions in Ukraine. By walking back their neutral status, Sweden and Finland will permanently destabilize the balance of power in the Arctic.

The Arctic region has enjoyed thirty years of relative peace since the end of the Cold War. Several non-military factors contributed to this calm period: the general warming of international relations in the 1990s; the emergence of the Arctic Council as a form of cooperative governance; and civilian spheres of mutual interest, including environmental preservation. Arguably the most important factor in preserving this peace, however, has been the steady balance between Western and Russian interests.

Russia’s status as the largest Arctic nation in terms of land, population, and available resources means that effective conversations on Arctic governance cannot take place without a Russian seat at the table. Arctic issues in the civilian sphere tend to be relatively uncontentious.  However, Russia and the United States have diverged on major areas of Arctic security in recent years. These issues have included debates over establishing military talks as part of Arctic Council activities and the role China should play in Arctic affairs. In such instances, the non-aligned positions of Sweden and Finland—the only Arctic nations besides Russia who are not NATO members—have been crucial to mediating compromise.

In May 2021, Russia became the chair of the Arctic Council (leadership rotates among member states on a biannual basis). The early days of Russia’s chairship were marked by optimism for de-escalating these superpower tensions in the far north. Moscow inaugurated its leadership role by reaffirming its commitment to peaceful, stable, and constructive engagement with other Arctic nations. It also put forward priorities for its two-year term under the title “Responsible Governance for a Sustainable Arctic.” This environmental focus of Russia’s plan raised eyebrows in Washington, given the Biden administration’s own focus on climate issues. A 2021 CNA report went so far as to herald environmentalism as “a rare venue for U.S.-Russian cooperation” and an “opportunit[y] to cool regional tensions.” Prospects for warming ties were quashed, however, after Russia’s February 2022 invasion of Ukraine. Starting on March 3, Arctic Council member states jointly announced a temporary boycott of the council’s meetings. This unprecedented act to freeze out one member country continues to halt international cooperation on Arctic issues.

The language of the multilateral boycott of the Arctic Council leaves open the prospect of future re-engagement, “pending consideration of the necessary modalities that can allow us to continue the Council’s important work in view of the current circumstances.” However, there are no indications thus far of a return to normal operations. If Sweden and Finland are admitted to NATO, it is unlikely that Arctic governance will ever again effectively incorporate Russia. The border between Finland and Russia would likely become a militarized zone in the Arctic/sub-Arctic region, as Russian president Vladimir Putin has threatened to deploy heavy artillery to the border. It would also leave Russia as the sole Arctic state not part of NATO, eviscerating the balance of interests that has ensured stability in the region in recent decades.

If Russia perceives its fellow Arctic states to be united in an anti-Russian coalition, we should expect the future of Arctic geopolitics to be dominated by militarization. This trend is already being seen. Russia has been steadily expanding its military capabilities in the Arctic since 2014. This has included technological advances, such as modernizing strategic nuclear submarines in the North Sea or developing the ZALA series of weather-resistant drones. Russia’s Arctic build-up has also prioritized human capital, with Moscow permanently stationing military forces along Russia’s northern coast and running specialized training exercises to improve force operations in the region. In addition to the promised militarization of the Russia-Finland border, the perception of a NATO threat in the region introduces an incentive for escalated Russian security measures.

NATO expansion will also likely change Russia’s narrative on its Arctic posture. Thus far, Moscow has claimed that its military activities in the region are non-threatening. Officials have cited search and rescue operations or shipping lane protection as the rationale underpinning military buildup. In 2021, Nikolai Korchunov, a senior Russian official for the Arctic, emphasized these motivations at an Arctic Council meeting, saying, “The military activities of Russia in the Arctic do not violate any international obligations, are not aimed at any of the countries in the Arctic region and do not pose any threat to their national security.” But Sweden and Finland's admission to NATO would remove any need for such soothing justifications. Russia has publicly declared that it would treat Nordic NATO expansion as a provocation and would be prepared to retaliate. Kremlin leadership has long painted NATO’s growth as a threat to European security, including citing mid-2000s expansionism as the impetus for Russia’s invasion of Ukraine. Finland and Sweden’s accession to the alliance would represent a compelling domestic narrative of NATO encroachment in the Arctic as justification for additional Russian defenses in the region.

One outstanding question is the degree to which devastating economic sanctions imposed on Russia will halt its military innovation projects. Nuclear-powered icebreakers currently under construction, for example, rely on India to deliver crucial supply chain components. However, Russia’s existing icebreaker fleet outstrips other Arctic competitors by orders of magnitude, and this trend holds true for most other Arctic military assets as well. Despite the impact of sanctions, NATO states—possibly including Finland and Sweden—will be left playing catch up to the capabilities of an increasingly militant Russia.

Foreign policy is fundamentally a game of trade-offs—prioritizing certain threats and opportunities over others. Finland and Sweden’s desire to join NATO is driven by a self-interested calculation of Russian aggression. The alliance’s enthusiasm to embrace these Nordic members, however, is seen as an opportunity to check Russia’s actions in Ukraine and deliver a message of trans-Atlantic solidarity. This may well be a beneficial move for NATO member states, but it is not without its consequences. Bringing Sweden and Finland into NATO will have knock-on effects beyond Ukraine. Altering the balance of power in the Arctic region will virtually eliminate the possibility of meaningful engagement with Russia on Arctic governance, bringing the region closer to military conflict than at any point since the nuclear buildup in the Cold War.

The ripple effects of NATO expansion felt in the Arctic underscore the problem of responsive foreign policy decision-making. NATO’s calculated stand against Russian aggression in Ukraine may serve only to shift the locus of conflict further north.

Kathryn Urban is a graduate student of international security at American University’s School of International Service. Her research focuses on Arctic geopolitics, and previously included a fellowship with the Arctic PIRE Institute.