NATO Had Only 1 Cold War Plan To Stop a Russian Invasion: Nuclear War 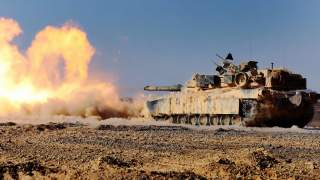 A RAND wargame several years ago on a potential Russian offensive into the Baltics brought talk of a “new Cold War” into sharp focus. The game made clear that NATO would struggle to prevent Russian forces from occupying the Baltics if it relied on the conventional forces now available.