NATO vs. Russia in a War for the Baltic States: Who Wins? 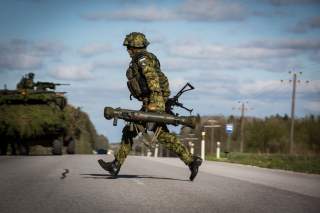 In the air, the Russian have maintained their 1980s built Su-27 fighter jets, which have been postured throughout the region by the Russian military.

While many experts maintain that NATO’s size, fire-power, air supremacy and technology would ultimately prevail in a substantial engagement with Russia, that does not necessarily negate the Rand study’s findings that NATO would be put in a terrible predicament should Russia invade the Baltic states.