NATO's Secret Plan To Win World War III In Europe (How Many Dead?) 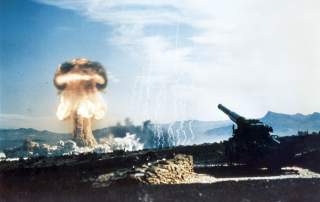 Key Point: NATO's answer was a combination of traditional warfare and tactical nuclear weapons. Millions--maybe billions of people could have died. Thank god it never happened. Here is what World War III would have looked like...