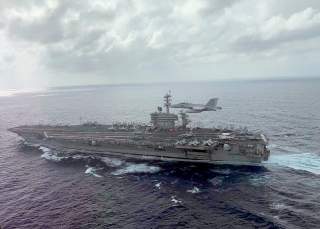 Key point: Hammes, however, is not in favor of scrapping America’s carriers right away, and instead advocates continuing to use the current carriers until they are retired

Matt Reisener is the assistant to the president at the Center for the National Interest. This first appeared last year.