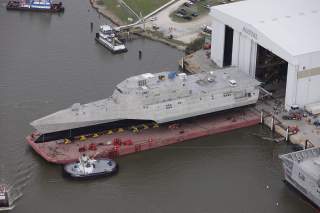 Key point: In contrast to the LCS in its original guise, the new frigate will be a conventional vessel with a large crew and hard-wired systems. And it will pack powerful anti-ship missiles from the very start.