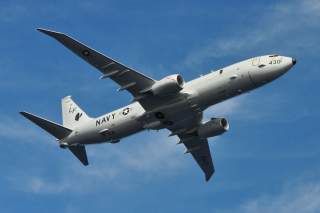 “The tragedy of our defeat—and I deliberately use that term so carefully avoided in our public discussions—is that it hinged on such small factors.”  This was the opening of the U.S. Naval Institute’s 2017 General Prize Essay Contest winner. The piece, written by then-Capt. Dale Rielage, was entitled “How We Lost the Great Pacific War,” and took the form of an imaginary memo from the Pacific Fleet commander to the Chief of Naval Operations explaining what went wrong. The essay closes with the lament: “‘We did as well as we could with what we were given’ is hardly a ringing epitaph.”

To say the U.S. Navy faces a crisis in fielding a fleet that is capable of carrying out its requirements under the national defense strategy is to state the obvious. The goal of 355 ships is so far from being realized in any reasonable timeframe that it might as well be called a dream. Indeed, as this year’s budget submission for FY 2021 by the Pentagon implicitly admits, the Navy will be getting smaller before it gets any larger. Faced with a cut of $2.4 billion in Navy funding from the previous year and increasing costs associated with the new Columbia-class ballistic missile submarine, nuclear aircraft carrier construction and existing carrier refueling, the Navy cut the number of new DDG-51 destroyers it had planned on procuring and eliminated buying a second Virginia-class attack submarine. Or, at least, those are the headline facts.

But, as the old proverb that begins with “for want a nail the shoe was lost…” suggests, what can be missed in the news over big-ticket items is the kind of capabilities that help ensure those larger platforms survive and, in turn, put an adversary’s most stealthy and most threatening systems at risk. As former Chief of Naval Operations Adm. John Richardson admitted before stepping down, the sea service’s “competitive advantage has shrunk and in some areas, is gone altogether. We do not have the margins we once enjoyed.” While the Navy is particularly silent when it comes to the black world of anti-submarine warfare, it is obvious that whatever “comparative advantage” the Navy has had is now being roundly contested by China, Russia and, in murky coastal areas, by the quiet diesel submarines and anti-ship missiles of lesser powers like Iran. And the competition is not simply a technological one. The U.S. Navy has shrunk, but the globe has not; indeed, over and above the traditional areas of subsurface concern, the number of vital sea lines of communication is rising with the growth of international trade and even the warming of the oceans. The contest for control of the Arctic Ocean is underway, and undoubtedly it will include the waters both above and below. The question then for Congress and, more particularly, the House and Senate Armed Services Committees, is whether the Navy’s decision to end production this year of the P-8A Poseidon—the globe’s premier air-borne anti-submarine warfare platform—is the right call.

In a world of razor-thin margins, it doesn’t appear to be the case. As late as December 2018, the Navy’s Resources and Requirements Review Board had set the number of P-8s needed as part of the “warfighting inventory” at 138. Now, with the administration dipping into the defense budget for border wall construction, it has cut one planned P-8 purchase, stating it was an additional aircraft “[in] excess to the 117 aircraft required.”  A drop of more than 15% in required planes in little over a year is fairly dramatic and has yet to be explained. The fact is, just as the Navy is moving to end P-8 procurement, the submarine threat the plane was meant to deal with is growing—and not receding.

Perhaps more saliently, the threat—or threats, plural—have changed. The Russian navy is in poor shape and lacks the resources to recapitalize in any significant way a blue-water surface fleet. Nevertheless, with what resources the Russian Navy does have, the priority is on submarine modernization, with the focus on improved Kilo-class diesel-electric attack submarines, the Borei-class SSBN and the Yasen-class SSGN. With a current submarine total of around 55 vessels, the underwater fleet is much smaller than what the navy could put to sea during the height of the Cold War. However, Russian submarine activity is now greater than it has been since the end of the Cold War: times at sea for the individual submarines have returned to Cold War levels and Russian subs are returning to old “stomping grounds” in the Mediterranean, the Baltic and Black Seas, and in the North Atlantic. Highlighting the problem set now posed by Russia’s subs, U.S. sub-hunters, according to various news reports, found themselves hunting for and failing to find the SSGN Severodvinsk, whose stealth and weapons-carrying lethality makes it a particularly problematic threat to the United States. As the Navy’s top leadership has put it, the U.S. East Coast is no longer a “safe haven.” Although not the only reason, the prospect of even more Russian submarine activity in the Atlantic and the threat it posed to both the United States and the reinforcement of NATO in a European contingency was a key driver in the Navy re-establishing the 2nd Fleet out of Norfolk, Virginia.

In contrast with the Kremlin, Beijing has had far more resources to spend on both its surface and its sub-surface fleet. Since the mid-1990s, the Chinese navy (PLA-N) has bought from Russia, or built on its own, over 50 new diesel or nuclear-powered submarines. It’s a remarkable number. According to the Pentagon, the Chinese submarine fleet now totals some 65-70 vessels. With new guided-missile nuclear attack submarines and more nuclear SSBNs likely to enter the fleet in the next decade, the PLA-N will see a substantial increase in modern undersea capabilities.

This is not your father’s Chinese submarine force. To begin with, the horizons of China’s navy have expanded exponentially. A decade ago, its principal focus was “offshore waters defense,” that is, close-in protection of China’s shores, ports, and maritime approaches. Today, its doctrine emphasizes “open seas protection” and “forward edge defense,” a global ambition that is analogous to the U.S. Navy’s tradition of “sea control.”  In this effort, submarines play a central role. “We need enough nuclear submarines to be a credible force—to have some bargaining chips,” says retired Maj. Gen. Xu Guangyu, a former vice president of the People’s Liberation Army Defense Institute. “They must go out to the Pacific Ocean and the rest of the world.”  According to the most recent Pentagon report on Chinese military power, the PLA-Navy has built a dozen nuclear-powered submarines over the past 15 years alone. These boats carry a variety of armaments, including sophisticated anti-ship and land-attack missiles as well as nuclear-tipped, intercontinental-range ballistic missiles.  They also pass through the Malacca Straits into the Indian Ocean, which is increasingly ringed with Chinese naval bases. In sum, the Chinese submarine fleet is no longer confined to the East and South China seas and, hence, creates a more complex tracking challenge. Even if the United States retains technological advantages in anti-submarine warfare, the rising patrol requirements could consume a shrinking fleet of Navy assets.

Adding to this underwater threat environment are the submarine fleets of North Korea and Iran. It’s easy to dismiss both fleets as far inferior to US and allied capabilities.  Yet the numbers that must be accounted for, in waters relatively friendly to their hiding, is still significant. Iran operates nearly three dozen submarines, ranging from Kilo-class diesels to smaller sub-surface vessels which can lay mines, provide SOF capabilities, and launch anti-ship missiles while submerged. North Korea’s fleet of submarines is twice the size of Iran’s and runs the gamut of the larger Soviet-era Whiskey- and Romeo-class vessels to the mini-subs that patrol the surrounding waters of the Korean Peninsula. North Korea is also in the process of developing a conventionally-powered ballistic missile submarine (SSB). As one-offs, neither Iran’s nor North Korea’s submarine fleets are game-changers. However, dismissing their technological deficiencies misses the point that they remain part of a growing problem set that American and allied ASW platforms still need to be able to address.

Poseidons, of course, are only part of a larger ASW effort. Other elements include underwater sensors, surface platforms, other airborne assets and sub-service vessels. However, the argument that fewer P-8s might be needed by the Navy presumably rests on the overall strength of that broader ASW system. Yet the number of the Navy’s attack submarines, a foundational element of that system, is shrinking.  Just a few years ago, the Navy declared it needed 66 attack boats to fulfill all its requirements. But it’s likely that by the decade’s end, with the slowdown in Virginia-class production and the retirement of older Ohio-class and Los Angeles-class SSNs, that number could be as low as 41. Indeed, already, the head of the Pacific Command has told Congress that he was only getting half of the submarines needed in the Pacific on a daily basis.  Moreover, this is not the SSN fleet of old, in which a higher proportion of the fleet was dedicated to tracking and potentially attacking Soviet submarines. Today’s SSNs have any number of missions distinct from ASW—which also means less time and training for conducting that mission.