The Navy And Soviet Union Went To War Over Siberia, And This Is Why No One Knew About It 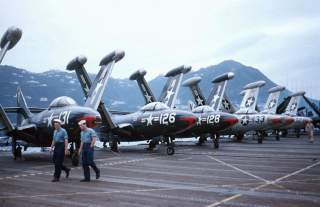 Key Point: The Panther on MiG skirmish over Vladivostok was the last occasion in which a U.S. fighter plane shot down a nominally Russian fighter, but not the last aerial engagement between Soviet and U.S. military forces.