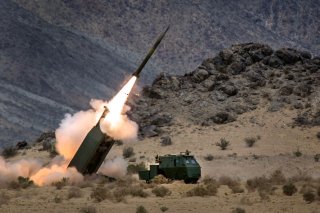 The U.S. Army is about to deliver a cutting-edge ground-based weapon called the Precision Strike Missile (PrSM), a promising technology that is able to track and destroy enemy targets at ranges out to 500km.

After many years of development, the PrSM has proven effective in tests and demonstrations to the point that the Army is already expanding its capability to reach greater ranges and target sets.

"We did have a breakthrough in PrSM and that's with the extended range propulsion. With ramjet propulsion, we're very confident that the missile is going to go hundreds of kilometers more and we're working on that. We're confident in the base capability and we're already investing in the further increments to take the PrSM missile out farther and attack ships and other moving targets," Maj. Gen. John Rafferty, the director of the Long-Range Precision Fires Cross-Functional Team at Army Futures Command, told The National Interest in an interview.

The so-called "base version" of the PrSM, using its existing launcher and fire control system, will be greatly expanded with a new variant engineered to succeed the now arriving 500km version.

Rafferty further explained that the Army is making progress on an even greater level with the Precision Strike Weapon, by developing guidance technology to increase the weapon's range, targeting precision, and multi-domain capacity.

"We're not stopping there, right? We're so confident in this missile that we've moved on to focusing on the seeker, the seeker on the front end of that missile is going to give it an enhanced capability to go after maritime targets," Rafferty said.

While many of the new seeker’s technical specifics are not available for security reasons, the Army is taking clear steps to ambitiously expand upon the PrSM’s promise.

Interestingly, the Navy has now engineered a Tomahawk cruise missile that is able to adjust course in flight and destroy moving targets at sea. A Tomahawk can travel as far as 900 miles, and while the future range of PrSM may not yet be known, the emerging capability may offer a land-based cruise-missile-like long-range attack capability.