Navy Riddle: Why Does Russia's Aircraft Carrier Pump Out So Much Black Smoke? 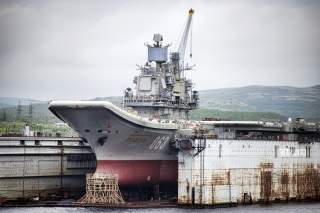 These same reliability problems lead to the Russian Navy sending tugs to accompany the Kuznetsov during its 2016 trip to the Syrian coast.