The Navy Wanted to Launch Stealth Bombers from Aircraft Carriers. It Almost Happened 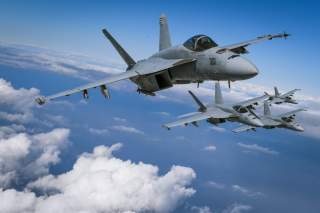 Modern materials, sensor and propulsion technology—particularly advanced adaptive-cycle engines that are currently in development—would solve most of the technical challenges that stymied the A-12 program