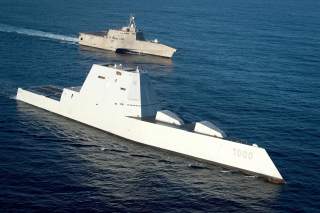 In January 2018, the Navy will commission its second hi-tech Zumwalt-class stealth destroyer, the USS Michael Monsoor. The third and last, USS Lyndon B. Johnson was launched this December 2018 and will be commissioned in 2022.