Nazi Germany Could Have Won World War II, Until It Invaded Russia 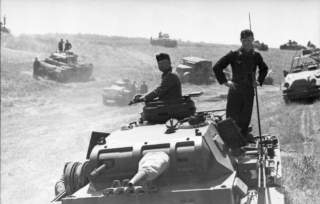