Near Miss: How the Royal Air Force Almost Passed Over the Spitfire Fighter 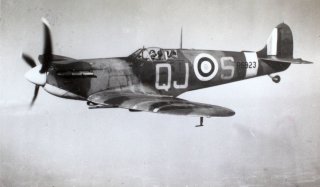