Netflix: How Video Games Could Change the Streaming Service Market 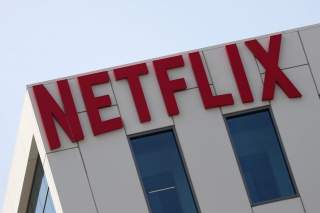 It’s been a rocky period for Netflix. As the streaming market becomes increasingly saturated and growth slows, the company must find other viable ways to make money. A particularly promising one could be video games.

Nothing makes this need to expand more obvious than the launch of streaming platform Disney+ in December 2019, which caused Netflix’s stock to wildly fluctuate.

Over nine months from the announcement to the eventual launch of Disney+, Netflix’s stock was down 29%. It only returned to its original price at the start of 2020 as investors regained confidence that the impact of the competing service was not as tough as originally anticipated. Coupled with its under-performing US subscriber numbers towards the end of 2019 due to market saturation, the current strategy of subscriber growth coupled with price increases looks increasingly questionable in the face of stiffer competition.

This episode also revealed that Netflix is more vulnerable to disruption than other tech elites, such as Facebook, Apple, Amazon and Google. Unlike these firms, Netflix customers typically logs in, watches a show, occasionally rates it and then logs off. It is a solitary engagement.

This is in contrast to what platform-focused companies, such as Amazon, do. These companies are constantly guiding and optimising the behaviour and interactions between their customers, users and suppliers. This unique approach creates deeper engagement for all parties.

For example, in the case of Amazon, the vendors that sell products on its website constantly improve products, prices and offerings based on reviews generated by customers, while customers gain insights into vendors and products based on the reviews generated by the community. The more customers and vendors get on Amazon’s platform, the more virtuous feedback loops there are, which makes Amazon, in turn, more valuable.

Netflix has its work cut out. It needs to roll out services that maximise engagement on many levels, not just one, all the while continuing to increase subscribers and subscription prices, if it wants to maintain the momentum of its share price over the last five years. It is in this vein that they should consider video game streaming as an option. Here are four reasons why:

Netflix already considers the blockbuster shooter, Fortnite, as its biggest competitor – they compete for the same customer’s screen time and wallet. Video games continue to be one of the biggest source of entertainment globally, with revenues in excess of US$150 billion (£116 billion) in 2019. This number is projected to hit US$300 billion (£232 billion) on the back of video game streaming by 2025.

In contrast, global content streaming revenues are much smaller at US$23 billion (£18 billion), with expectations of slower growth to US$30 billion (£23 billion).

The demographic overlap between gamers and Netflix subscribers is remarkable. But, in the battle over their screen time, Netflix only owns 10%. As such, it needs to recognise the importance of video games and start looking to incorporate them into their business model. This way they can compete for more of their audience’s time and attention.

The Witcher was the biggest original Netflix show released in 2019. Based on a Polish fantasy novel series, it first became a household name thanks to three video games that preceded the show’s release. In fact, the game’s creator, CD Projekt Red, recently saw its stock hit US$8 billion (£6 billion) thanks to a surge in Witcher sales powered by the show’s debut.

Such knock-on effects are rare and should not be taken lightly. Netflix’s eye for high-quality content and TV concepts, as well as its remarkable user insights, can be carried over to the world of video games. Let us not forget, Netflix went from being an aggregator of ageing, third-party content to providing the finest films and TV shows in just under seven years.

With that experience under their belt, they can build in-house games studios, aggregate content from other studios, and use mergers and acquisitions to accelerate the company’s entry into the video games space quicker. Such a manoeuvre also gives Netflix access to popular video game brands that can help drive its content towards more hits like The Witcher.

Massive multiplayer online (MMO) video games are designed from the ground up to maximise engagement across several levels. Players engage with one another as well as developers in a game world, form friendships and rivalries – and in the process enhance the value the game offers. MMO experts such as Blizzard and Jagex, as a result, have enduring franchises that have thrived for decades.

But this is not where the engagement stops. Platform owners such as Microsoft and Sony create their own hooks around these games that, in turn, increase engagement with their platforms. This includes exclusive content, social networking, content gifting and live streaming among many others. Netflix should take such a role on. It can also simply buy its way in. Significant platform players in the PC games space with millions of active users – such as Valve – are very much within its buying power.

In the past, establishing a video game platform was incredibly time-consuming and cash-intensive as they required a powerful, locally installed machine in a gamer’s home. This has changed thanks to Google’s Stadia and Microsoft’s xCloud. Similar to Netflix’s own winning business model, video games no longer need physical hardware and can be played via direct-to-screen streaming.

When you talk about Nintendo and Sony, we have a ton of respect for them, but we see Amazon and Google as the main competitors going forward

In this changing competitive landscape where having a streaming-first business model might be the difference between winning and losing, Netflix’s entry fits. In fact, Netflix’s deep technological partnership with Amazon can also play a significant role. With Amazon’s long-rumoured video game streaming platform on its way, it would not be surprising to see Netflix collaborating with Amazon to help the launch its own equivalent video game streaming service on the back of Amazon’s tech stack.