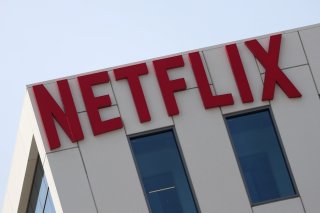 Fresh off reporting that it had shed 200,000 paid subscribers last quarter, Netflix has decided to lay off 150 employees and dozens of contractors in an effort to cut costs.

According to CNBC, the eliminated positions represent less than 2 percent of the company’s 11,000 staffers, with most of the job cuts occurring in the United States. Variety has reported that the streaming giant is revamping its animation division, and seventy roles are being slashed in that unit alone. “As we explained on earnings, our slowing revenue growth means we are also having to slow our cost growth as a company,” a representative from the company said in a statement.

“So sadly, we are letting around 150 employees go today, mostly U.S.-based. These changes are primarily driven by business needs rather than individual performance, which makes them especially tough as none of us want to say goodbye to such great colleagues. We’re working hard to support them through this very difficult transition,” the statement continued. In its latest earnings report, Netflix, which currently boasts 222 million subscribers, revealed that it had suffered its first subscriber loss in over a decade. In addition to losing 200,000 subscribers last quarter, the company projected that it would lose two million more in the second.

A major headwind negatively affecting growth was the rampant sharing of subscription passwords. It is estimated that more than thirty million U.S. and Canadian households are using shared passwords, while an additional 100 million households are doing likewise globally. “Our revenue growth has slowed considerably,” Netflix said in its letter to shareholders. “Streaming is winning over linear, as we predicted, and Netflix titles are very popular globally. However, our relatively high household penetration—when including the large number of households sharing accounts—combined with competition, is creating revenue growth headwinds.”

The New York Times reported that Netflix told employees earlier this month that it plans to bring back subscribers with a lower-cost, ad-supported tier that could be available as early as the end of this year—a more accelerated timeline than originally indicated.

“Every major streaming company excluding Apple has or has announced an ad-supported service,” the company’s note said, adding that HBO and Hulu have been able to “maintain strong brands while offering an ad-supported service.” Recognizing the move as a necessity, Netflix said, “For good reason, people want lower-priced options.” The note also confirmed that the company will begin cracking down on password sharing at around the same time.