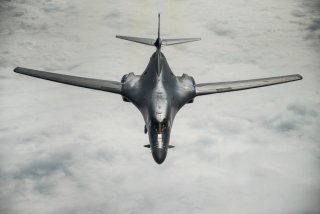 When it comes to the possible use of nuclear weapons or efforts to defend against an incoming nuclear attack, it is challenging to think of anything more significant than the need for robust communications networks capable of securely and quickly transmitting vital information.

This reality is likely a part of the reason why the Air Force is massively upgrading its nuclear command, control, and communications systems to implement paradigm-changing technologies.

The Global Aircrew Strategic Network Terminal (Global ASNT) is a breakthrough system that will provide the Pentagon with the largest upgrade to its nuclear command and control technology in thirty years. An Air Force report describes it as an “innovative NC3 [nuclear command, control, and communications] system that provides assured, survivable, fixed and transportable communications to wing command posts, munitions support squadrons and mobile support teams.”

The service report goes on to say that the new system provides built-in redundancy to ensure that information is delivered in the event that a channel is compromised, disabled, or attacked. The system incorporates a reliable two-way communications path to ensure sustained connectivity from otherwise disconnected areas.

Sgt. Katrina Strother, 2nd Bomb Wing Command Post senior enlisted leader, explains that the Global ASNT “virtually provides commanders a standardized ‘command post in a box,’ replacing a single use system with a multi-use communication package that can talk on a multitude of networks and provides a modular design for future upgrades as opposed to costly replacements.”

The Global ASNT is also hardened to the point where it can withstand chemical, biological, and radiological weapons; nuclear and high yield explosives; and high-altitude electromagnetic pulse environments, the report explained.

This kind of technology is quite significant in a modern threat that includes anti-satellite weapons to destroy satellites delivering GPS connectivity and electronic warfare jamming applications designed to blind a force or render it unable to communicate.

In the event of a nuclear attack, military officials and the president would simply not have much time to defend, counterattack, and coordinate a response. Therefore, should communication be compromised, nuclear-armed stealth bombers, ballistic missile submarines, or ground-based ICBM silos could be paralyzed and unable to act, leaving the United States vulnerable. If decision-makers receive information securely and quickly, they will be able to more effectively craft a defense and response to an attack.

While the specific technologies with which the Global ASNT achieves its high-level security and connectivity are not available for security reasons, the ability to safeguard highly sensitive data amid a fast-unfolding war scenario is naturally of vital importance. The new technology is now being refined and implemented, but it is not yet fully clear when it will become operational. Certainly, the goal of the system is geared toward enabling multi-domain information sharing, allowing an air platform to exchange surveillance and targeting data with submarines, other aircraft, and ground-based command and control nodes. At the end of the day, being able to detect a nuclear attack as early as possible increases the odds of it being intercepted. That is exactly what Global ASNT is designed to do.