A New Book Details How China Plans To Beat America 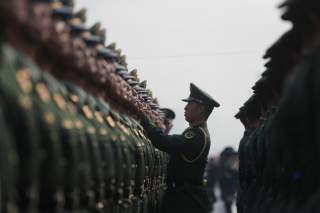 That’s because this shouldn’t be a terribly hard case to make—after all the CCP, guided by quantifiably the most murderous ideology in human history, has now established a near perfect authoritarian system, complete with almost limitless state power, revolutionary digital totalitarianism, and a vast re-education camp archipelago into which millions of the country’s Muslim minority have already disappeared. And this system is packaged and ready for export.

Ward does seek to address this in the second half of his volume, trying to warn that a hegemonic China will inevitably seek to project its values and ideas across the globe. This is unfortunately the least fleshed out part of the book, however. There is thus an opening here for Ward and others to do more.

There is a perfectly rational, realist case for why America should not allow China’s vision to come to pass. But if America’s new cold warriors want to convince the world to follow their lead, then this is unlikely to prove a sufficient argument. Instead they must, like their predecessors, relearn how to also argue on moral and ideological terms—to demonstrate that China will not just be an empire, but an evil empire.

In this sense China’s Vision of Victory has the potential to serve as a starting point for a new stage of the conversation on China, one that America desperately needs to have.