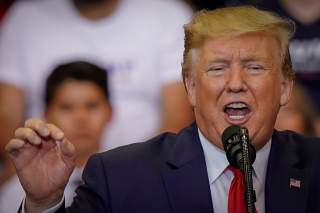 The chief of the Department of Homeland Security (DHS) visited Guatemala on Wednesday and Thursday in a bid to persuade the country’s leaders to remain in a recently signed asylum agreement.

Kevin McAleenan, the acting secretary of Homeland Security, held a series of meetings with Guatemalan government leaders, and discussed the merits of President Donald Trump’s widely touted “safe third country” deal that was reached in late July. Details of the meetings emerge as Guatemala will soon elect a new president, and the small country’s public stands heavily against the deal’s guidelines.

Under the terms of the agreement, migrants claiming asylum at the southern border will be screened to determine whether they crossed Guatemala during their route to the U.S. If so, migrants would be given a choice to either return to Guatemala or their home country. Asylum seekers claiming fear of persecution or torture in Guatemala would be additionally screened to determine if their claims are legitimate.

The safe third country agreement largely affects illegal immigrants coming from El Salvador and Honduras — two countries where most migrants pass through Guatemala on their route to the U.S. Illegal immigrants from the country of Guatemala itself are not affected by the agreement.

In the beginning phase, a smaller number of migrants will be returned, according to an internal document reported by the New York Times. Single men will be deported first, then single women, and then family units.

However, the asylum agreement’s fate faces uncertainty as the Guatemalan public strongly stands against it, and the country will hold a presidential runoff election on August 11. Both candidates vying for the presidency — leftist politician Sandra Torres and conservative Alejandro Giammattei — have expressed their opposition. Additionally, the country’s high court ruled the agreement must be ratified by the country’s congress, where it also faces strong resistance.

Critics of the agreement — both in the U.S. and in Guatemala — argue that the tiny Central American country is nowhere close to being capable of holding thousands of immigrants. The country itself is believed to be too dangerous to be a sanctuary for other asylum seekers.

McAleenan on Wednesday met with both Torres and Giammattei. On Thursday, he met with outgoing President Jimmy Morales.

The DHS chief assured local skeptics that the Trump administration would invest in Guatemala’s asylum system, along with financial assistance from the United Nations High Commissioner for Refugees. Additionally, the White House has pledged to it would re-establish State Department aid to to Guatemala — reversing an action by Trump in March.