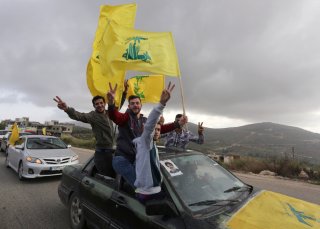 In 2021, the European Union (EU) imported approximately 40 percent of its total gas consumption from Russia. In March of this year, a mere two weeks after Russian troops had crossed Ukraine’s eastern borders, the EU expressed its intent to cut consumption of Russian natural gas by two-thirds by the end of 2022. Accordingly, the EU is looking to increase its natural gas imports from Israel. This endeavor will require a dramatic shift in the White House’s approach to Iran’s expansionist ambitions in the Levant, as Iranian proxies threaten to wage war against Israel. Specifically, the Biden administration must recognize that pursuing a nuclear deal with Iran will bolster the Islamic Republic’s ability to provide weapons and military infrastructure to Hezbollah—the Iran-backed terrorist group that dominates Lebanon and that threatens Israel with unmanned aerial vehicles (UAV), rockets, and other weapons of war. Positioning Israel as a critical substitute for Russian natural gas exports is vital for the United States and its European allies. Empowering Tehran and its proxies’ ability to wage war against Israel only obstructs efforts to isolate Russia in the wake of its aggression in Ukraine.

There is little doubt that a revived nuclear deal with Iran—should one ever come to fruition—will increase Tehran’s means to fund and further empower Hezbollah. Considering that the terror group imperils Israel’s ability to utilize the Karish natural gas field in the Mediterranean Sea, countering this threat is imperative for the Western-led coalition struggling to halt Russia’s advance in Eastern Ukraine. Indeed, on June 9 of this year, Hezbollah leader Hassan Nasrallah warned that the organization​​ “has the capacity to prevent the enemy from beginning to extract from Karish” and is “not afraid of war.” On July 2, the Israel Defense Forces (IDF) announced that it intercepted three unmanned aerial vehicles (UAV) that Hezbollah launched toward the Karish field.

The message was clear: Hezbollah has the reach and capability to disrupt Israeli efforts to extract natural gas in the field.

This belligerence is a direct attack on Israel’s sovereign rights. The Karish field sits within Israel’s Exclusive Economic Zone (EEZ), and according to Article 55 of the United Nations Convention on the Law of the Sea (UNCLOS), states have “sovereign rights for the purpose of exploring and exploiting, conserving and managing the natural resources” in their EEZs. Despite this, negotiations to delineate the maritime boundary between Israel and Lebanon have been a years-long saga; in 2010, Lebanon issued a territorial claim in the Mediterranean that excluded the Karish gas field altogether. Conveniently, Lebanon revised its original maritime claims in 2021 to encroach on part of the Karish field following its discovery in 2013—understandably so, as it would offer the Lebanese government an opportunity to resurrect its devastated economy. Recent reports indicate that Lebanon might soften its position, and President Michel Aoun urged Israel to halt work at Karish until the two states finalize their border dispute. Amos Hochstein, senior advisor for energy security at the U.S. State Department, is spearheading indirect mediation efforts between Israel and Lebanon.

The United States, however, cannot pursue a policy of appeasement with Hezbollah’s major donor and partner while expecting the European Union to meet its self-imposed deadlines for achieving relative independence from Russian natural gas exports. The optimal strategic approach is simple: If Israel is to serve as a significant gas source for the EU, the United States should steadfastly impede any efforts—and funds behind those efforts—to keep Israel from exercising its ability to extract natural resources in the Mediterranean. The harder it is for Europe to diversify its gas sources, the harder it is to isolate Russia’s economy and derail the Kremlin’s ability to continue waging the largest continental war in Europe since 1945.

Accordingly, the U.S. administration must recognize that Iran’s terror proxies in the Middle East will acquire monumental gains if a new nuclear deal with Tehran eases sanctions. Abandoning support for the agreement, the original version of which did not permanently block Iran’s path to nuclear weapons, will allow the United States to limit Hezbollah’s financial and military growth. This limitation will enable Israel’s extraction of natural gas from Karish to proceed with a lower threat of armed conflict while currying favor with the Gulf States that oppose Iranian influence in the Middle East. Such actions open a window of opportunity to introduce more oil into international markets, thus delivering a devastating blow to the Russian economy.

The Islamic Republic has failed—time and time again—to abide by the principles and norms guiding the liberal world order. Empowering Iran, an enemy of Israel and Russian ally, with billions in sanctions relief when Israel’s ability to help wean Europe off of Russian natural resources is paramount is beyond nonsensical and detrimental to efforts to deliver a devastating blow to Putin’s expansionist campaign. Now, more than ever, the United States should focus on empowering its allies and strategic partners worldwide—not its adversaries. To keep Iranian power at bay, the United States should take Ambassador Eric Edelman and Gen. Charles Wald’s advice to stringently enforce sanctions while “affirming its readiness to use all elements of national power, including military force, to defend vital U.S. interests in the region, including preventing nuclear proliferation.”

The Biden administration is not responsible for Russia’s actions in Ukraine. On the contrary, the president’s efforts to construct a robust sanctions regime and arm Ukraine with improved means to resist the Kremlin’s onslaught are commendable. However, isolating and deterring the world’s largest exporter of terrorism will help render the campaign against Russia’s war machine as effective as possible. The administration would do well to change course accordingly.