The New 'Missile Gap': America Is Losing To Russian And Chinese Hypersonic Weapons 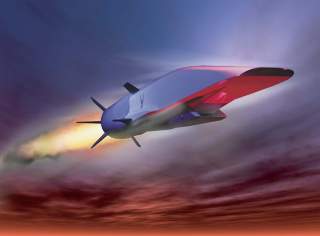 Key point: DARPA is at the forefront of the Pentagon’s efforts to get back in the hypersonic delivery vehicle race.

Daniel Gouré, Ph.D., is a vice president at the public-policy research think tank Lexington Institute. Goure has a background in the public sector and U.S. federal government, most recently serving as a member of the 2001 Department of Defense Transition Team. You can follow him on Twitter at @dgoure and the Lexington Institute @LexNextDC. Read his full bio here. This article first appeared in 2018.