The New Missile Gap Is Here (As in the U.S. Military Needs More Missile Defenses) 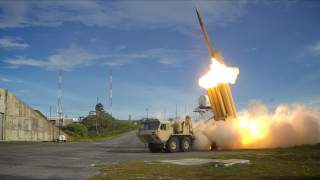 “The requirements exceed the capacity we have today. When it comes to combatant commander needs for missile defense, we find out we simply do not have enough,” Brig. Gen. Clement Coward, Commander, 32nd Army Air and Missile Defense Command, told an audience at a recent Center for Strategic and International Studies event.

The air and missile defense push supports rapid development of more counter-drone weapons and Short-Range-Air-Defense (SHORAD) technologies - some of which are already being engineered into Army Stryker vehicles. A key goal is to design systems, at their inception, with technologies equipped to meet drone and short-range air defense threats.

“We have to bake in requirements for counter UAS (Drones) as part of this. We cannot allow that to be a segmented problem. We are trying to get Short Range Air Defense back in the units,” said Brig. Gen. Sean Gainey, Joint Integrated Air and Missile Defense Organization Director and Deputy Director, Force Protection.

Other concerns cited in the essay include “lethal, one-way UAS (drones as attack weapons) and long-range, large-caliber rockets equipped with terminal guidance.”

“We are prioritizing upgrades to planned integrative fire control. We are doing a revision of joint integrated fire control across the joint force,” Gainey said.

As a way to further advance this goal, Coward and Gainey cited the example of better networking fire control systems for the PATRIOT Advanced Capability-3 and Terminal High-Altitude Area Defense interceptor missiles. While both of these systems are air and missile defense weapons, THAAD is a longer range system. Connecting radar, targeting and sensor information between these systems brings the US military services closer to the stated objective of having a multi-layered approach.

This scenario, involving a specific effort to connect sensors, fire control and targeting information between “nodes” on a dispersed combat area, is what the Army’s Integrated Battle Command System is engineered to do.

IBCS uses a netted-group of integrated sensors and networking technologies to connect radar systems -- such as the Sentinel -- with fire-control for large interceptors such as PATRIOT and THAAD.

Coward cited IBCS as an example of how emerging technology is moving the military services closer to its intended objectives.

“Gives us flexibility instead of waiting on a shelter attached to a vehicle. It allows us to bring three Combatant Command needs statements together, as opposed to being stovepiped,” Coward said.

In an interview with Warrior Maven, IBCS weapons developers with Northrop Grumman says that now, a Patriot missile does not have to be fired with a PATRIOT radar.

“By integrating sensors together, we can have an environment where any weapon can be used with a common sensor picture. It used to be that you could only fire a PATRIOT with a PATRIOT radar...now you do not have to have that,” Rob Jassey, Air and Missile Defense Program Manager, Northrop Grumman, told Warrior Maven.

Jassey added that, in a prior exercise, Northrop was able to use Sentinel radar maneuver sensors to provide guidance source data for a PATRIOT missile, enabling it to destroy a cruise missile target on the other side of a mountain.

“Because the low altitude trajectory of the target obscured it from the PATRIOT radar field of view, the IBCS used Sentinel composite tracking data to calculate and present the necessary engagement solution,” a Northrop statement said.

An airborne DAS, networked with ground-based Patriot and THAAD weapons, could offer a distinct tactical advantage when it comes to quickly locating incoming missile threats. Air sensors in particular, could be of great value given that, in some envisioned threat scenarios, it is unclear whether there would be enough interceptors to counter a massive enemy ballistic missile barrage into US or allied territories.

Regarding Coward and Gainey’s cited concerns, air based detection and target tracking, it seems, could go a long way toward better fortifying defenses - as they might increase the time envelope during which command and control could cue interceptors to locate and destroy attacking enemy missiles.

C-RAM uses sensors, radar and fire-control technology alongside a vehicle or ground-mounted 20mm Phalanx Close-in-Weapons-System able to fire 4,500 rounds per minute. The idea is to blanket an area with large numbers of small projectiles to intercept and destroy incoming artillery, rocket or mortar fire. As an area weapon, the Phalanx then fires thousands of projectiles in rapid succession to knock the threat out of the sky. Engineers are also looking at new interceptor missiles to compliment the Phalanx, Northrop developers said.

CRAMis deployed at numerous Forward Operating Bases throughout Iraq and Afghanistan and the system has been credited with saving thousands of soldiers’ lives. It is now being analyzed for upgrades and improvements.

Engineers with Northrop Grumman integrate the Raytheon-built Phalanx into the C-RAM system; C-RAM was first developed and deployed to defend Navy ships at sea, however a fast-emerging need to protect soldiers on the ground in Iraq and Afghanistan inspired the Army to quickly adapt the technology for use on land; C-RAM has been operational on the ground since 2005.

Ultimately, however, despite the current concerns about the US inventory of air and missile defense systems, both Crawford and Gainery were quite clear on one this - the US is right now ready to fight and defend against any attack.

“There is a lot of effort that goes into getting ready for the fight tonight. We do have capacity for that type of threat. With the joint force, we have alleviated a lot of the threat gaps in the PACOM AOR (Pacific Area of Responsibility),” Gainey said.

Ultimately, however, despite the current concerns about the US inventory of air and missile defense systems, both Crawford and Gainery were quite clear on one this - the US is right now ready to fight and defend against any attack.Osborn previously served at the Pentagon as a Highly Qualified Expert with the Office of the Assistant Secretary of the Army - Acquisition, Logistics& Technology. Osborn has also worked as an anchor and on-air military specialist for National TV networks. He has a Masters degree in Comparative Literature from Columbia University.

This Is Why China Fears THAAD