New Paths to Heartland Prosperity Can Change Our Politics 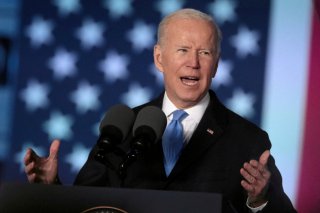 America’s recent experience with President Donald Trump’s desperate bid to cling to power, and the horrors Vladimir Putin is unleashing on Ukraine today both vividly illustrate that threats to democracies are real. And even though President Joe Biden’s election held, and (to date) the democratic alliance of nations, inspired by the people of Ukraine and President Volodymyr Zelenskyy, is holding, we must continue to better understand and uproot the drivers of anti-democratic movements and diminish support for authoritarians, both at home and abroad.

Regions in countries around the world that are in a difficult phase of economic restructuring are the crucible of today’s politically polarizing right-wing populist movements. Former heartland industrial powerhouses from the once-mighty manufacturing Midwest in the United States to the Donbas in warring Ukraine’s east represent the most fertile ground for authoritarian strongmen to plow—nurturing nativism, nationalism, and nostalgia for an economy and society of yesteryear.

Yet, many communities in these same regions have found paths to new economic opportunities and growth. Building on their strengths and unique assets, these communities are navigating change and newly succeeding in the globalized, knowledge- and technology-driven economy of the twenty-first century.

The 2020 Chicago Council on Global Affairs report, A Vital Midwest, documented the varied and successful economic redevelopment paths in communities of the industrial heartland of the United States.

Now, a new companion report, Pathways to New Prosperity in Industrial Regions of the West, illustrates the paths industrial heartland regions in Canada, the United Kingdom, and Europe have taken to find economic success. Their varied successes illuminate how, on both sides of the Atlantic, similarly situated industrial heartland communities can build new economic success on the foundations of their economies’ past. In so doing, they can nurture optimism and hope for the future among residents, diminishing the appeal of those fanning fears and anxieties for political gain.

It is now more important than ever for the leaders of our democracies to link arms, to learn from and help each other focus on the residents of still ailing industrial heartland regions, to see their needs, support them in moving forward to realize their own visions, and plot their own paths to new prosperity.

Yes, in the industrial heartland regions of North America and Europe, there are many communities that have lost their anchor employers and are still adrift in a globalized economy. But we can take inspiration (and lessons in the “how-to’s”) from others that have successfully evolved from their industrial roots and are winning in a world where tech, talent, and innovation rule.

The once economic mono-economies of the Twin Cities, Minnesota (Flour Capital) and Manchester, England (“Cottonopolis”—Textile Capital); the Steel communities of Pittsburgh and Western Pennsylvania; the Ruhr region of Germany—all have evolved and diversified their economies and are now thriving hothouses of knowledge work.

Communities like Rockford, Illinois, and Hamilton, Ontario, have found paths to new success by engaging economically and socially with the world, selling to global markets, welcoming immigrant talent and new populations.

Cities such as Sheffield, England (advanced metals manufacturing); Midland, Michigan (chemicals); Lyon, France (textiles); and Rochester, Minnesota (medicine) lean into who they are and the industries that made them great but take them into a new era. These communities thrive as their employers stay at the forefront of innovation.

Yet others win by showing the way in the “Green” and “Blue” economic revolutions—such as Grand Rapids, Michigan (Greenest U.S. mid-size city), and Milwaukee, Wisconsin (World Water Hub). German Ruhr communities of Bottrop, and Bochum, and Malopulska in Poland are growing their economies and reinvigorating their communities through leadership in energy conservation and sustainable practices.

There are many and varied paths to new economic prosperity being found by citizens and leaders of similarly situated older industrial heartland communities.

Partners in a transatlantic initiative have joined together to share insights and support our leaders in the urgent work to economically transform these regions to take the steam out of anti-democratic, nationalist-populist movements and the polarizing politics that result.

The success of this collaborative transatlantic effort to accelerate economic change in industrial heartland regions has huge implications for the future of our societies, our democracies, and the health of our transatlantic alliance.

John Austin directs the Michigan Economic Center and is a Nonresident Senior Fellow with the Chicago Council on Global Affairs and the Brookings Institution.