A New Stimulus Check? What Are the REAL Odds? 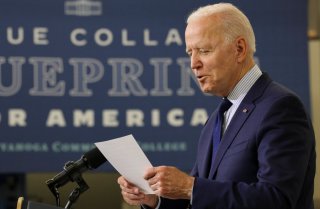 As the third stimulus checks, received in March 2021, begin to run out, many Americans are understandably looking for signs that a fourth is on its way. Popular support for a fourth stimulus check has translated into legislative support. Around 80 legislators on Capitol Hill—all Democrats, and mostly associated with the party’s left-wing—have publicly come out in support of another stimulus measure. Of those, most support recurring monthly payments, usually at $2,000 per month. A Change.org petition to this effect, launched in the early days of the pandemic, has now passed 2.4 million signatures.

The Democrats’ case for another stimulus check is clear. Polls indicate that most Americans support it; a Data for Progress poll conducted in January indicated that 65 percent of the country supported further stimulus checks. In a letter signed by twenty-one members of Congress to Biden, it was mentioned that 60 percent of Americans would spend their stimulus checks within three months—and the last stimulus measure was three months ago. Moreover, the concept of stimulus payments has taken hold elsewhere: in California, for instance, the state government has used part of a budget surplus to send out $600 stimulus checks to all eligible citizens (and, more controversially, some undocumented immigrants).

However, while some Democrats in Congress are backing these proposals—though notably not others—the Democrat in the White House is not. President Biden has not expressly indicated that he opposes a fourth stimulus check, but experts have agreed that it is not something he’s pursuing.

White House Press Secretary Jen Psaki effectively said as much when she was asked about a fourth stimulus check: “He [Biden] has also proposed what he thinks is going to be the most effective for the short term for putting people back to work, to getting through this pivotal period of time, and also to making us more competitive in the long term.”

Meanwhile, many economists have come out against a fourth stimulus measure, on the basis that the economic recovery is continuing normally and the pandemic is drawing to a close. Economic projections suggest that the United States will have an exceptionally high growth rate—projected by some to be as high as 8 percent, compared to an average of roughly 2.5 percent throughout the 2010s. For this reason, most have supported longer-term plans aimed at addressing the fundamental causes of poverty, rather than simply passing out checks to all Americans, needy or otherwise.