The Next North Korea Threat: Submarines Armed with Nuclear Weapons 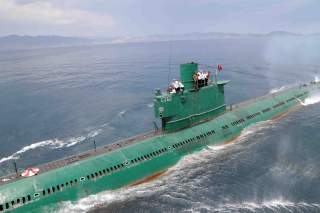