The Next Russia Threat: Gas Pipelines? 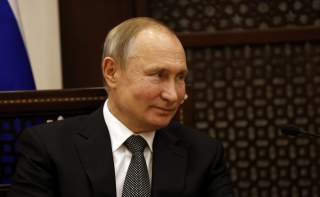 Key point: Nord Stream 2 and Turkstream do not pose any risk to Europe’s energy security. Quite the opposite, they improve it.

Europe has nothing to fear from Nord Stream 2. Quite the opposite: it will increase Europe’s security of supply without reducing the country’s energy solidarity with Central Europe or mortgaging our foreign policy vis-à-vis Ukraine. European governments should embrace it openly and push back against the misconceived and illegitimate U.S. sanctions.

On natural gas, Europe has prevailed over Russia, decisively. Through a process of EU-mandated regulatory reform, EU competition law enforcement—both strongly objected to by Russia—and EU-subsidised infrastructure development, once-national gas markets have been gradually integrated into a European one. Nearly all Russian gas consumed in Europe today competes directly with other sources of gas. Very large import capacity for LNG and non-Russian gas in Western Europe exerts competitive pressure on Russian gas everywhere, including deep into Central Europe.

When competitive gas trading took off in northwest Europe in the early 2010s, the traditional pricing of Gazprom’s contracts became outdated and unsustainable. The Russian company—and its owner-government—resisted but eventually gave in. It now sells most of its gas at European “hub” prices.

Structural market changes have had geopolitical implications. Russia used to administer rigid, bilateral contracts with large European importers which held considerable political influence in their home countries. In just a few years, Gazprom was turned, by the EU and without any negotiation with Russia, into a commodity supplier to a single, large, competitive Western European gas market. Pricing is beyond its control and so is the identity and location of the ultimate buyers of its gas. Imports of Russian gas are now politically benign.

Central European markets are much smaller than in Western Europe yet they have been highly dependent on Russian gas. The geopolitical value of integration with Western Europe was therefore very high. It was, however, slow to come by. A few years after the trading big-bang in northwest Europe, something like an Iron curtain of gas still extended from the German-Polish border down to the Austrian-Slovenian one. That curtain has been brought down considerably and is almost nonexistent. This feat was achieved by a small but important pipeline infrastructure development, LNG terminal building in Eastern Europe, competition policy enforcement and regulatory alignment. Natural gas flows from France, Germany, Belgium and Italy to the Czech Republic, Slovakia and Hungary, from global LNG markets to Poland and the Baltic States. Critically, Ukraine has been able to source 100 percent of its gas import needs from its western neighbors for four years.

The European Union has solved its Russian gas problem not by negotiating with Russia but by reforming its gas market. Bilateral gas supply contracts rooted in state-to-state relationships are a thing of the past. Europe now receives gas imports from Russia—a lot of gas—without being dependent on Russia. Yet the geopolitical benefits remain elusive. In the post-Crimea context, it is not enough for Russian gas imports to be politically benign in Europe. The United States and some of its European allies want to frustrate Gazprom’s plans to punish Russia for its foreign policy. Germany, France, Italy and others oppose this logic.

For Europe to move beyond the current situation, two things need to happen. The first one is to severe the gas supply relationship between Russia and countries that have, for historical reasons, very difficult relations with Moscow. This is already done for Ukraine, who has not imported any Russian gas for four years. Poland has announced that it would not renew its Russian import contract when it expires in 2022. The Baltic States could and should do the same. Most Russian gas is consumed in Western European countries that have much better relationships with Russia. And that gas can flow west-to-east, as well as from the LNG market. Therefore, terminating the direct gas trade between Russia and its fiercest critiques in Europe would remove a source of tensions in the Russia-Europe gas relationship.

Secondly, the pipeline systems under the Baltic Sea and the Black Sea, which bypass Ukrainian territory, must be completed. This requires building and bringing online Nord Stream 2 and Turkstream. Large-scale gas transit through Ukraine was an accidental byproduct of the break-up of the Soviet Union. It has been a source of instability. In the past, Ukraine has abused its dominant transit position to obtain cheap gas from Russia, using European consumers as hostages when bargaining with Moscow. Ukraine extracted billions of dollars of gas subsidies from Russia, but its imprudent behavior triggered the severe European gas supply crisis of January 2009. Marginalizing Ukraine as a transit country will be good for Europe’s energy security.

Completing Nord Stream 2 will not hurt any member-state of the European Union. Central European countries on the Ukrainian gas corridors—Slovakia, the Czech Republic and Austria to the west, Romania and Bulgaria on the Southern route—will lose transit revenues. Instead of hiding their financial interest behind a geopolitical argument, they should remember how badly they suffered when Ukraine’s brinkmanship led to the shut-down of the transit corridor in 2009. Nord Stream 2 will not impact Ukraine’s gas imports, which no longer come from Russia. True, it will terminate or sharply reduce Ukraine’s transit revenues of about $3 billion a year. Western governments can take that into account in their long-term financial assistance to Ukraine. In any case, they cannot ask Russia to pay to maintain a risk to its gas export relationship with Europe, as U.S. sanctions on Nord Stream 2 implicitly do.

Nord Stream 2 and Turkstream do not pose any risk to Europe’s energy security. Quite the opposite, they improve it. Blocking Nord Stream 2 would backfire against Ukraine and further complicate the negotiations over Dombass. Pretending to force Russia to enter into a new long-term gas transit agreement would be futile and risk triggering a new supply disruption in January 2019. Instead, European powers should invite Ukraine to acknowledge that large-scale gas transit is over. They should incentivize Kiev to negotiate in good faith with Russia towards a new transit agreement that might have limited guaranteed volumes yet still salvage some of the transit infrastructure’s value.

Pierre Noel is a senior fellow for Economic and Energy Security at IISS in London. This article first appeared earlier this year.