No Cause For Celebration: America's Submarines Are Getting New W76-2 Tactical Nuclear Weapons 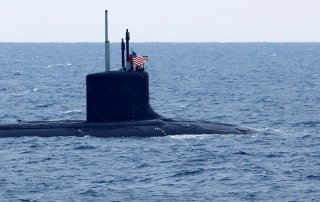 Here's What You Need To Remember: Essentially, whether the W76-2 improves American security is much more about psychology than technology. Would the presence of tactical-yield Trident missiles dissuade U.S. adversaries from employing their own tactical nukes against U.S. forces or their allies?

Sébastien Roblin holds a master’s degree in conflict resolution from Georgetown University and served as a university instructor for the Peace Corps in China. He has also worked in education, editing, and refugee resettlement in France and the United States. He currently writes on security and military history for War Is Boring. This article first appeared in December 2019 and is being republished due to reader interest.