No F-35 for You: Iran's Air Force Might Be Dying 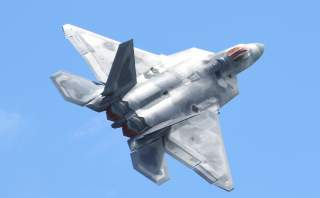